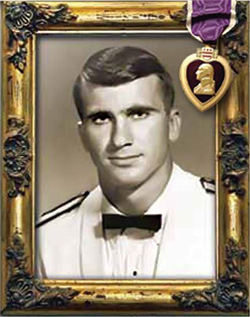 Since the sites were confirmed in 2015, there has been construction of a stilt house in close proximity to one of the sites. This house has no foundation and appears to run off a generator. During the construction of this house between 2015 and 2016, the occupant moved soil and fenced off the area around the house with barbed wire. When the American Retrieval Team went to area where sites were in 2016, they were impeded by the change in landscape (barbed wire). Permission had to be granted by the North Vietnamese Government to approach the area as the Team was unable to reach the occupant. After permission was granted, the American Team was able to access the area and do topical research and investigation. Metal pieces were found in the area.

Excavations continued throughout 2017 and 2018 on the site near the stilt home as shown in the pictures. In November 2017, the Francisco Family was informed by Secretary of Defense Mattis, “As long as there is evidence, the excavations will continue”.

San was raised in Burbank, Washington, and attended school in both Burbank and Kennewick schools. San was a three sport athlete (Football, Wrestling and Track) at Kennewick High School, Class of 1962 and played football and wrestled at Central Washington University until 1966.

More importantly, San became a Hero on November 25, 1968, when he volunteered to take a reconnaissance mission knowing he was scheduled for R&R on December 1st.

1st Lt. San D. Francisco and Major Joseph Morrison were shot down while flying a F4D aircraft on a combat mission in North Vietnam. Both men ejected fairly close to each other and 700 meters from a North Vietnamese encampment. Both men established radio contact; however, contact with Francisco was lost within half an hour. The fate of San was clouded until June 2012 when the Quang Binh Province in North Vietnam became open for American investigations.

2012/2013 Investigative Reports by the Department of Defense have revealed North Vietnamese who witnessed that day; both San’s legs were broke upon landing and he was captured by a North Vietnamese Youth Army Ground Command. While being taken to captivity, American combat planes descended on the area; San was hit by bomb fragments and was buried where he fell. Additional witness reports from North Vietnamese sources, actual detailed maps and eye witnesses to the burial, indicate his remains are located on Route 20, Kilometer 54 in the Quang Binh Province in North Vietnam. Aging witnesses (70’s to 84) and constant environmental changes to the terrain add urgency to retrieving San’s remains.

San gave the ultimate sacrifice for his country; he deserves to be brought home to American soil NOW. Investigative and retrieval efforts to this point have been challenged by bureaucratic changes, budget cuts, and general lack of concern for the families affected.

San gave his life for all Americans......... and the American promise is “No Man Left Behind”. 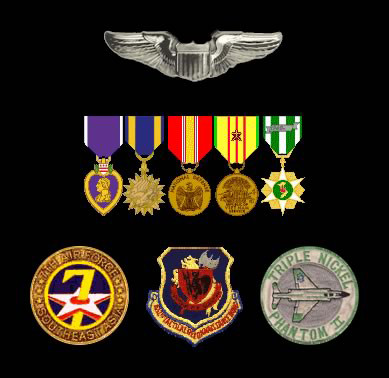